Nice one. Again – congrats to Travelstop on their launch.

This should be good!

[Upcoming] I am a startup operator-turned-VC. We closed our debut fund at $18m last year. AMA!:

This one is a bit longer with some good interview questions:

Prashant Kirtane has launched his new startup, Travelstop, to become the “Slack of unmanaged corporate travel” for SMEs in Asia.

Looks like there are, or will be, some more Crazy Rich Asians in Singapore. Terra has raised $32 million to fuel its vision of creating Project Terra, the next generation of digital money, based on blockchain and cryptocurrency technology. 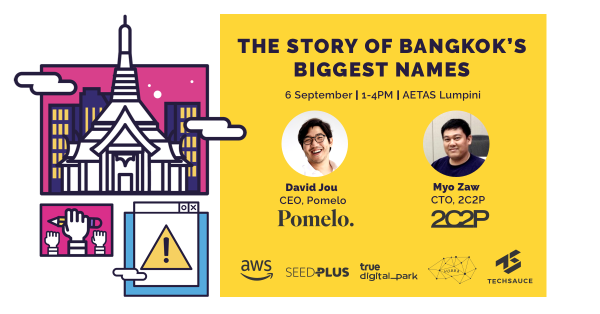 Super cool! Travelstop on the radio!

On October 14, 2016, SoftBank shocked the world with the announcement of its $100 billion Vision Fund, which would focus on investing in late-stage technology companies. Within 7 months of the announcement, SoftBank had already cemented $93 billion in commitments. To put the unprecedented scale and speed of the Vision Fund into perspective—it took all US-based venture funds 4 years to raise $143 billion from 2014 to 2017.

In its short history, the Vision Fund has already led enormous financing rounds across the globe, from billion dollar plus investments in ride-sharing services like Uber to a $300 million investment in Silicon Valley’s dog-walking and dog-sitting app, Wag. In comparison, the median global VC deal size for late-stage companies was only around $11 million in 2017. The sheer amount of capital deployed has left the venture capital world stunned, with many questioning if competitive returns are possible at this massive funding scale.

At EquityZen, we decided to take a step back and analyze what it would take for the Vision Fund to deliver competitive returns.

Wonder how this will shake out.

Singapore usually stands for safe or if not safe – quite transparent in dealing with people or companies who have crossed the line.

Seems like harsher action needed to have been taken.

As Noble’s troubles mounted, the role of Singapore’s regulators has come under scrutiny. In addition to running the exchange, Singapore Exchange Ltd. has front-line oversight and responsibility for maintaining fair, orderly and transparent markets as well as following up with companies to investigate allegations of irregularities. It’s backed by the Monetary Authority of Singapore, the de facto central bank of a city state that’s also a global financial center with a hard-earned reputation for probity.

In the case of Noble Group, allegations have come thick and fast, led by Iceberg Research, which says profits were inflated. The group — whose claims are rejected by Noble — is led by Arnaud Vagner, a former credit analyst at Noble in Hong Kong, where the trader was based before it moved to London, who recently dropped his self-imposed cloak of anonymity.